Yang Hongxin, General Manager
If the growth forecasts for the electric vehicle (EV) industry are any guide, automotive manufacturers are steadily shifting their resources into the electric segment. While upstarts like Tesla were there early, today, everyone from Chevy to Ford and Jaguar are fielding on the manufacturing and adoption of EVs. However, many end-customers are still hesitant to bet on the ‘electric future.’ This is because, for a typical consumer, cost-effectiveness has always been the golden standard for placing their stakes on an EV product. So, they don’t want their electricity bills to skyrocket after bringing an EV into their garage.

Taking note of such setbacks, currently, many high-tech companies are invested in driving innovations for easy and cost-efficient EV charging solutions. Their devotion toward the modernization of battery technologies, in particular, is making waves across the automotive sector to reduce usage costs and increase the market value of EVs, and pave the way for auto manufacturers to commercialize EVs at scale At the helm of such high-tech innovations is SVOLT. With an integrated approach to vehicle architecture and battery system, SVOLT supports automobile manufacturers in creating safer, high-performance, durable, and cost-effective batteries that also focus on the needs and expectations of end consumers.

SVOLT’s expertise lies in ‘all things batteries’—from cells to battery packs, and offers an extensive product portfolio to its customers in the automotive industry. This includes high-quality battery cells and their cell chemistry, modules, and high-voltage storage systems (packs), as well as battery management system (BMS) and software solutions.

SVOLT believes that stacking technology can be more advantageous than winding technology, so stacking is the best choice for the future.


Under the Hood of SVOLT

SVOLT Energy Technology (formerly the Battery Business Unit of Chinese automobile manufacturer, Great Wall Motor) started pre-research work on batteries in 2012 and separated as an independent entity in February 2018. Headquartered in Changzhou, China, SVOLT is committed to spearheading innovation in the manufacturing and R&D of the next-generation of battery materials, cells, modules, systems, BMS, and energy storage systems. The company has seven R&D centers and five manufacturing bases worldwide. SVOLT employs around 3,000 people across the globe, half of whom are dedicatedly working on R&D, a testament to which can be found in SVOLT’s umpteen registered patents. As of January 2020, the company has already filed for 1061 patent applications in China and five Patent Cooperation Treaty (PCT) applications.
The company also has a European subsidiary, SVOLT Energy Technology (Europe) GmbH, headquartered in Frankfurt, Germany. The firm had been on a Europe-wide search for a production site since October 2019. And last year, SVOLT announced Saarland, Germany, as their chosen location to set up two factories. The large-scale project will be implemented in close cooperation between SVOLT, the State Ministry of Saarland for Economic Affairs, Labour, Energy and Transport (MWAEV), and Strukturholding Saar GmbH (SHS). According to SVOLT’s leadership team, Saarland would be an excellent spot for their up-and-coming manufacturing units as the location is characterized as the heart of the European Economic Area and a thriving environment with internationally successful companies.

With these combined forces in China and Germany, SVOLT is committed to moving the wheel of electric mobility forward for our safe, secure, and sustainable future.

An important part of SVOLT’s lithium-ion battery manufacturing is its high-speed stacking technology versus the use of traditional winding technology.

Stacking refers to the approach where the positive and negative electrode sheets, along with the diaphragm, are cut into the specified size, then the positive electrode sheet, diaphragm, and negative electrode sheet are superimposed onto a small cell monomer. Following this, the small cells are stacked in parallel to form a large cell. The winding approach, on the other hand, refers to the technology where the raw materials are stacked in the order of the negative electrode, diaphragm, the positive electrode, and the diaphragm again, which is then rolled into a cylindrical shape by a winding method, and placed in a casing. While the winding process might be simpler to accomplish, SVOLT demonstrates why the stacking technology can be more efficient. The stacking structure followed by the company’s manufacturing techniques makes the most of the battery space and increases energy density by about five percent. Besides, the size of their stacking cells is proven to be more stable, with less deformation and swelling. Even when it comes to the safety and process control of the lithium-ion battery, SVOLT believes that stacking technology can be more advantageous than winding technology, so stacking is the best choice for the future.

In addition to innovative battery products, which comply with current market standards, SVOLT is also developing new battery technologies. An exemplary of this is the company’s recent launch of high-performance yet cost-friendly battery cells that do not use the controversial raw material, cobalt.

The cobalt-free nickel manganese battery cells (NMx) achieve an energy density comparable to that of high-nickel cells using cobalt for stabilization. But by completely dispensing cobalt, SVOLT has been able to bring a more sustainable, durable, and cheaper solution to the market. In the product launch event, Yang Hongxin, general manager of SVOLT, mentions, “Our NMx battery cell rivals the traditional NCM811 lithium-ion battery cell in performance, while reducing the cost of materials by 5-15 percent and the cell bill of materials (BOM) cost by around five percent—allowing the materials to rise above strategic resources. On the other hand, the NMx material not only outperforms NCM811 in cycle life but also exhibits better resistance to heat, the ability to generate less gas, and ensure greater safety, which translates into higher capacity, longer cycle life, and higher safety performance in the final products.”

While steering such battery innovations, SVOLT is pioneering the introduction of prismatic stacking batteries, which would make them the world’s first high-speed stacking prismatic battery maker as well. The high-speed stacking process is the new generation of battery technology that breaks the bottleneck of winding processes of batteries. SVOLT aims to finish stacking one cell in 0.25 seconds in one single station. With such promising plans as its roadmap, SVOLT is also increasingly focusing on sustainable and transparent production processes, from the mine to the recycling of battery systems. The future, therefore, shines bright for the company. 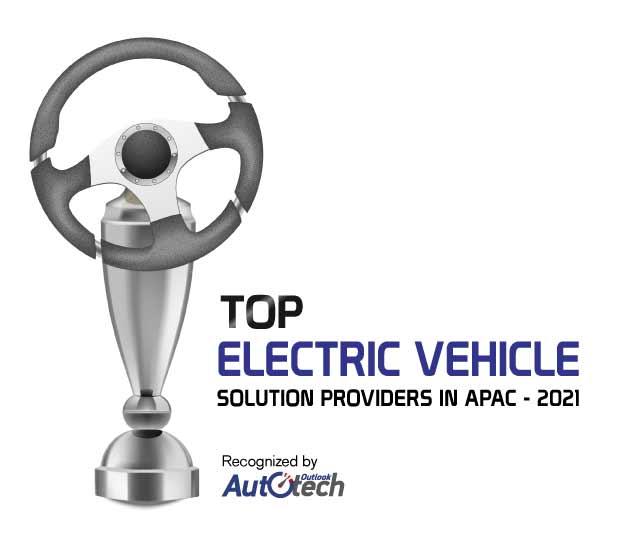 Description
SVOLT supports automobile manufacturers in creating safer, high-performance, durable and cost-effective batteries that also focus on the needs and expectations of end consumers. SVOLT’s expertise lies in ‘all things batteries’—from cells to battery packs, and offers an extensive product portfolio to its customers in the automotive industry. This includes high-quality battery cells and their cell chemistry, modules and high-voltage storage systems (packs), as well as battery management system (BMS) and software solutions "SVOLT believes that stacking technology can be more advantageous than winding technology, so stacking is the best choice for the future."