How Will EU Regulations on Electric Car Noise Help Pedestrians? 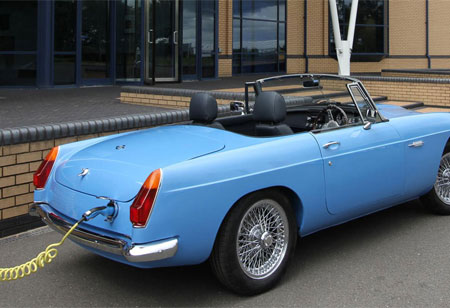 The new EU regulations will mandate car manufacturers to equip their vehicles with continuous noise emitting devices to ensure the safety of vulnerable road users.

FREMONT, CA – Electric vehicles emit almost no sound when compared to their internal combustion engine counterparts. Although it helps cut down noise pollution considerably, the lack of sound might pose a problem for pedestrians who have gotten used to judging the proximity of vehicles by the engine noise.

With pedestrian safety and convenience in mind, the European Union (EU) recently passed a law which will require every electric car in Europe to emit audible noise. The mandate is designed to address the threat posed by the silent vehicles on pedestrians. According to the law, car manufacturers have to equip their cars with a sound-producing device. The U.S. has followed suit as well, passing mandatory requirements for electric vehicles to promote pedestrian safety.

The EU regulations will come into effect from 1 July 2019, making it compulsory for electric car manufacturers to equip their vehicles with a noise-producing device to alert the pedestrians in the proximity of the car. The EU first mooted the bill in the year 2011, but it has come into effect very recently.

As per the regulating guideline of the EU, the sound generated by the electric vehicle has to be a continuous noise that alerts pedestrians and other vulnerable road users regarding the operating vehicle. The sound should reflect vehicle behavior, including acceleration and deceleration, and should be similar to the sound of a car powered by an internal combustion engine.

The complexity of the regulations lies in the fact that there is no standardized sound. The EU has not specified that the vehicle needs to sound like a traditional engine, which has led to car manufacturers leveraging their creativity to come up with unique noises for their cars.

However, the EU has stated that the generated noise cannot be less than 56 decibels, which is approximately equivalent to the sound created during a normal conversation. A conventional internal combustion engine-powered vehicle produces a sound of about 70-80 decibels.

Consequently, car manufacturers have started installing external speakers to their vehicles to generate sounds. It will benefit not only the pedestrians but also the drivers who prefer a sense of feedback from their car.