By 2030, over 40 percent of all trips undertaken in cities will be completed by means of those greener methods, while car journeys will account for 46 percent of all city trips—down from 51 percent in 2020.

FREMONT, CA: According to research, sustainable transport, such as cycling, is emerging to overtake car usage in the world’s major cities by 2030, according to new research. Manchester in the U.K. will undergo the leading transformation within the coming years, while Sao Paulo and Moscow and are projected to see the next prime shifts in transport usage. The ascend of the sharing economy, uptake of autonomous automobiles, and an aging global population will decrease the need for car ownership, where car usage is anticipated to be replaced with cycling, public transport, and walking.

By 2030, over 40 percent of all trips undertaken in cities will be completed by means of those greener methods, while car journeys will account for 46 percent of all city trips—down from 51 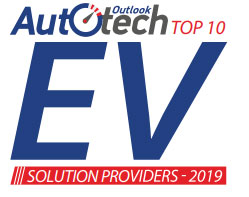 percent in 2020. Rides made by taxi and ride-hailing applications will make up the remaining five percent. It is also noted that cycling is on track to become the fastest-growing means of transportation, with a predicted journey swell of 18 percent between 2020 and 2030.

The most tech-ready cities, based on factors like digital payment infrastructure, GDP (gross domestic product), and openness to autonomous vehicles, are Amsterdam, London, and Los Angeles as per the analysis. In addition, Researchers have also found that in some well-prepared hubs like Amsterdam, Berlin, and New York, there is a gap between the cities’ keenness for change and faith in governments to deliver more sustainable transportation infrastructure.

Cities across the globe need to plan advantageously for the developing mobility requirements of their population. As a result, for change to happen, the cities and the people alike need to act together. Many cities around the world like Manchester, London, and Singapore have begun testing self-driving buses with an outlook to overhaul public transport. In contrast, other cities in China have already made their bus fleets completely electric.

Germany to speed up electric car sales by offering subsidies.